Let's Make A National Safety Standard That Save Lives! 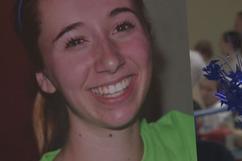 AUGUSTA, Maine -– The House of Representatives on Monday overwhelmingly overturned a veto by Republican Gov. Paul LePage of a bill that creates a task force to examine the safety and possible regulations for farm amusement rides like the haunted hayride that claimed the life of a Oakland teen last fall.

The House voted 146-0 to overturn LePage’s veto.The Senate completed the override later Monday, voting 29-6 to enact the bill over the governor’s objections.

The bill, LD 1057, was a response to the death of Cassidy Charette, 17, who was killed when a Jeep pulling a wagon carrying passengers went out of control and crashed in the woods at Harvest Hill Farms in Mechanic Falls on Saturday, Oct. 11, 2014.

Investigators later pointed to mechanical problems with the late-model Jeep and experts questioned whether it was hauling too-heavy a load.

Another 22 people were injured in the mishap, currently under the review of an Androscoggin County Grand Jury, which is seeking to determine if the operators of the hayride committed a crime.

“I have tried to explain to members of the Legislature that resolves that mandate (the Department of Public Safety) complete reports often harm the public safety of the state of Maine,” LePage wrote. “If this bill becomes law, resources that could be used to address the most pressing public safety concerns facing our state will instead be used to address a public safety concern that is plainly not as serious as the use of illegal drugs destroying the lives of thousands of Maine citizens.”

Under the bill, the Office of the State Fire Marshal and the Department of Public Safety are directed to form a group of stakeholders to determine how and if Maine should regulate amusement rides offered at farms around the state.

Currently, the the state fire marshal is responsible for inspecting the safety of amusement rides like those found at fairs, carnivals and amusement parks.

But during testimony on the bill, State Fire Marshal Joe Thomas said his investigators had no experience in inspecting farm vehicles or hayrides for safety concerns.

The task force, which will include representatives from the Maine Farm Bureau and the state’s campground association, is expected to offer recommendations for ensuring the safety of those who pay to take a ride at a farm. That report is due back to the Legislature in February of 2016.

Lawmakers will then decide whether they need to put in place a regime to permit and inspect amusement rides offered at farms.

An earlier version of this report listed an incorrect legislative document number for the bill. The legislation is LD 1057, not LD 186.Type your paragraph here.

Going Forward Each Death....Each Child's Injury Due To A Unsafe Hayride Or Parade We Will Notify Each Of The Incompetent 7 To Let Them Know Who The Parents Needs To Blame.